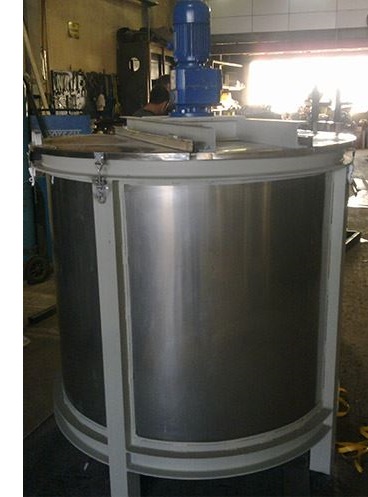 Mixer Tank Production | Used generally in paint and chemical mixing process, this kind of mixers are utilized to mix product especially in various sectors. Tank dimension and reducer are designed according to the density of the product to be mixed, and appropriate tank is acquired.

The mixer blade angles are designed according to the mixing pressure and dispersion calculations. Tanks realizing manual and automatic mixture are supported with automation system. Tanks can be produced in varşous types as conical or flat-bottomed. These mixer tanks are generally made of stainless steel in food sector.

However, tanks, which are mixer of fertilizer and similar chemicals, are advantegous as they are industrial thermoplastic.

WHAT DO YOU WANT TO SEARCH?
Become Our Dealer